Nissan 422 of Limerick | Don't Miss out on Halloween Savings!

A Maxima driver cruises through a city filled with seemingly invisible cars—he spots them all, except for one car that races into his blind spot. That’s when the Maxima’s Blind Spot Warning assists.
Posted by Nissan 422 of Limerick at 11:31 AM No comments:

What happens when you invite everyday experts to test out Nissan’s Safety Shield Technologies? Watch to find out.

Nissan for 2016: Refreshed Altima and Sentra, New Tech for Much of Lineup

Allow us a moment and we’ll detail the fresh product updates Nissan has cooked up for 2016. We’re disappointed to report the lack of a V-8 Altima or any mention of the litigation-courting ZEOD RC/BladeGlider EV, although there are more important, more normal things afoot: The company will refresh its best-selling Altima and smaller Sentra later this year—no information or photos have been provided as of yet—the Xterra is dead, and the Titan gains its first-ever diesel.
Here’s a model-by-model rundown of the 2016 changes (pricing to be announced later):
Titan
Traditionally the afterthought of a stray daydream among light-duty pickup shoppers, the Titan moves into general consciousness with the launch of the Cummins-powered XD. We’re talking 555 lb-ft of torque in a non-HD model—although the XD is being pitched as a tweener, light-duty-plus truck—thanks to a 5.0-liter turbo-diesel V-8. An integrated gooseneck hitch claims up to 12,000 pounds of towing strength. Standard equipment includes a trailer-brake controller, trailer sway control, tow mode for the six-speed Aisin transmission, backup camera with trailer guides, and an in-cab light check system that monitors all the trailer’s electrical connections. Nissan’s AroundView 360-degree cameras are optional. The XD launches first this fall as a Crew Cab, with more traditional, less-capable half-ton gasoline models coming next spring.

Rogue
The Rogue brings some significant changes to the showroom, some of which aren’t noticeable. The optional blind-spot monitoring swaps its visual-based camera setup for radar to offer for enhanced detection at night and farther distances. The SL gets standard Siri Eyes Free and NissanConnect telematics and apps (including automatic collision and stolen vehicle notifications, but not the full suite that activates remote locking, geofencing, and other similar services). Autonomous braking is now optional on the SL Premium Package. The S Appearance Package brings chrome door handles and body-color mirrors with turn signals, while a new black paint replaces another black.
Versa and Versa Note
Refreshed last year, the compact Versa sedan and subcompact Versa Note hatch replace their red and gray exterior paint choices with different shades of red and gray paint. The Versa Note SV makes the former SV Convenience Package standard, which includes Bluetooth streaming audio, text message dictation, SiriusXM, backup camera, and the ability to run Facebook, iHeartRadio, and Pandora apps through your phone’s NissanConnect app and show them on the car’s five-inch color LCD. The Versa sedan gets rear speakers on the base S, while the SL’s steering wheel is now wrapped in leather. Body-color power mirrors come to all Versa trims.

370Z
Uplevel trims of the Fairlady now augment engine sounds via an upgraded Bose stereo with active noise cancellation, the better to batter low-frequency vibrations and provide digitized vroom-vroom effects. There’s no more horsepower, as Nissan is sticking with 332 for the Z’s 3.7-liter V-6. Also, one blue exterior paint replaces another blue.

GT-R
The 45th Anniversary Gold Edition arrives, and is a GT-R Premium with Silica Brass paint, a gold-colored VIN plate, and a plaque on the dash. Only 30 are coming, and all cost $104,365. The GT-R doubles its wheel spokes, with gray 20-spoke RAYS rims replacing the 10-spokers.

Juke
With the Juke-R taunting us all from afar, we’ll need to make do with two new color schemes on 2016 Jukes. The Yellow Stinger Edition brings a rear spoiler, door handles, mirrors, and wheels all rendered in black, along with yellow stitching, seat inserts, and bumper accents. The Black Edition does most of that in reverse, with yellow exterior bits, black wheels, and the same interior. Apple Siri Eyes Free, which lets the driver control a connected iPhone’s voice activation with a steering-wheel button, also is standard.
Pathfinder
The Pathfinder—now sans hybrid option—is happy to mix up its Almond beige interior with more contrasting black trim and brings a standard heated steering wheel to the SL. mid-grade SV models (the base model is the S) gain a cold-weather package that heats the front seats, steering wheel, and mirrors.

Maxima
This sucker’s all-new; for more, read our first-drive review and check out the special Midnight Edition.
Frontier
On the outside of this old mid-size pickup, there’s a new black, gray, and orange replacing a royal blue, gray, and black. The Crew Cab SV now comes with a moonroof. Hooray, Frontier. Now go look at a Colorado or a Tacoma, or wait until Nissan turns this into our next Frontier.
Leaf
The Leaf will get “enhancements” for 2016, but Nissan won’t tell us about them until later this year.
NV
Nissan’s full-size commercial vans get safer and savvier for 2016. On cargo vans, side and curtain airbags are now standard (and a new red replaces a black). On 12-passenger NV vans, previously optional equipment (NissanConnect apps, navigation, voice, text message control, Bluetooth streaming audio, SiriusXM, backup camera) is now standard on the SL. A new white and red replace an old black.
NV200
You can now pretend to be a New York City cabbie with Nissan’s new Taxi Yellow paint. That’s all, folks.
Source: blog.caranddriver.com/
Posted by Unknown at 2:56 PM 1 comment: 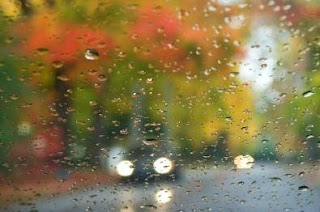 As weather and road conditions change with the season, following fall driving safety tips will help keep you safe as you enjoy the cool crisp air and the beautiful colors of the autumn leaves.

The Dangers of Leaves on the Roads
When leaves accumulate on the roadway and become wet, they can get extremely slippery, making the driving conditions similar to driving on ice. If the temperature drops below freezing, the wet leaves will freeze and turn into dangerous icy leaves on the roadway. Besides reducing the car's traction, causing skidding and the possibility of losing control of the vehicle, leaves often cover the painted road markings, making it difficult to know the locations of the lanes.

Changing Weather Conditions
In many areas, autumn is a damp, wet season. There are many rainy or foggy days and nights. As the temperatures drop, frost often coats the ground at night.

Adjust for Fewer Hours of Daylight
In the fall there are fewer hours of daylight. In the earlier darkness it is common to see children outside playing or riding their bicycles. People are walking their dogs, jogging or taking late afternoon or evening walks. In the fading light of dusk it is more difficult to see the children and pedestrians.


Naturally safe driving practices are essential all through the year. However, being aware of the unique autumn driving hazards and following the fall driving safety tips here will make you a safer driver.

Source: safety.lovetoknow.com
Posted by Unknown at 12:46 PM No comments: 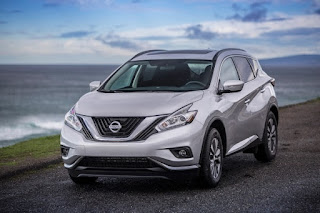 Five stars is the highest rating.

It will arrive at Nissan dealerships in January.

The Insurance Institute for Highway Safety has not rated the 2016 Murano, a carryover vehicle. But the 2015 Murano earned the Institute's Top Safety Pick+ award, receiving "good" scores in all crash tests.

Source:  www.edmunds.com
Posted by Unknown at 2:24 PM No comments: